Ever since the Supreme Court read down Section 377 (that criminalized homosexuality) as null and void, there have been questions on how the order is going to be implemented in order to ensure that there is no discrimination against LGBTQ+ (lesbian, Gay, Bisexual, Transgender, Queer) members.

Tata Institute Of Social Sciences has always shown its support in favour of gender-neutral issues and now it has set a precedent in practicing what it preaches. A gender-neutral hostel has emerged in its premises which is also Mumbai’s first gender-neutral space.

The establishment is the result of a long drawn student campaign by Queer Collective which is an informal student body that advocates a safe space for LGBTQ+ students as well as the management, the Indian Express reports.

Asha Bano, dean student affairs says, “The hostel is a collective effort by students, faculty and administration. It was a felt demand by students that was put forth to the administration through the union. Once we all agreed that the hostel was needed, discussions on the details of the hostel began.”

A vibrant poster of the Rainbow Alliance, a global undergraduate student organization that advocates equal rights and inclusivity for the LGBTQ+ community shares a wall space with a picture of B.R Ambedkar, who is known as the Father of the Indian Constitution.

The ground floor of hostel IV of the institute was set aside as a gender-neutral space earlier this year. The hostel might be gender-neutral but its walls are full of bright colours and inspirational messages. Rainbow flags, posters, scarves decorate the walls of this hostel, a 10 two-seater rooms occupied by transgender, gender non-conforming students and their allies.

A 20-year-old, first-year student Akunth at TISS tells Express, “It is a place for everyone but without the dysphoria of being segregated along the lines of gender. It is a liberal space in the sense that all students can come and chill.” 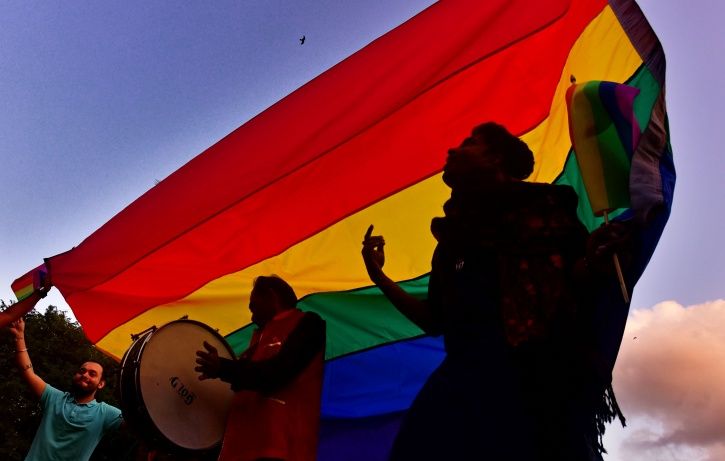 An expert committee is busy drafting the guidelines of this gender-neutral hostel according to its needs. 17 students currently live in this hostel, with three vacant seats. A committee has been set up to sift through applications and see that the ‘allies’ are sensitive.

In an institute where mobility between men’s and women’s hostel is restricted, the gender-neutral hostel has emerged as a cultural centre where members feel more welcomed. Earlier this year, institute even gave the LGBTQ+ members of selecting a gender-neutral salutation of “Mx” in their certificates. Since last year, students applying to TISS could also mark themselves as the third gender in their application forms.

The Queer Collective is already gearing up for its next agenda which is the construction of gender-neutral washrooms which are also seen as an inherent need in our society.