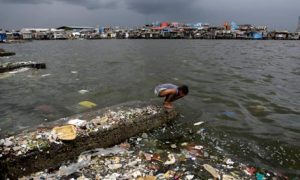 As per a new study, selfishness may actually be a beneficial behavior, which is based on a child’s environmental context that is to say from being raised in a resource-poor environment.

Researchers from the University of Rochester suggest that children raised in poverty may have been mistakenly labeled as “maladapted” for what appears to be a lack of self-control.

The classic 1970s marshmallow tests assessed impulse control in preschoolers. The children were given a choice to take a single marshmallow immediately or to wait several minutes and earn two of the puffy treats as a reward.

The children, who displayed an apparent lack of self-control demonstrated by taking the single treat, were deemed “maladapted.”

Follow-up studies identified the children, who are raised in poverty, are far less likely to postpone such sweet temptations than their economically better-off counterparts.

Lead researcher Melissa Sturge-Apple, associate professor of psychology at the University of Rochester and clinical researcher at Mt. Hope Family Center (MHFC), said what looks like impulsiveness may actually be an adaptive strategy.

The study is published in journal Psychological Science. (ANI)