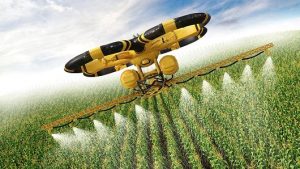 Do you know why the 21st century has become synonymous with technology? There’s a simple explanation for this, worldwide, right from individuals to machines, homes to industries, and various sectors have embraced technology to accomplish day to day activities. While this has resulted in the rise of niche sectors such as FinTech, EduTech, MarTech and so on, technology has had the most important impact on agriculture. The rise of the new sector, AgriTech (agriculture technology) has revolutionised the traditional agriculture all over the world.
Closer to home, did you know that technology has been adopted by all segments of agriculture? That includes trying to make it rain through cloud seeding, monitoring the health of crops, water recycling, drone farming and so on. These technological solutions not only ease the life of a farmer, but also have a huge impact on the produce of the crops. Thus enabling the traditional farmer to become tech-savvy.
Gone are the days when the farmers relied on the radio for the latestnews updates. Are you familiar with the fact that the Indian farmers are extensively using modern social media platforms such as Facebook, WhatsApp and so on? For networking with other farmers, to identify crop diseases and to obtain latest updates on agriculture, weather, mandi prices and government policies, farmers have formed groups on social media platforms and use mobile applications.
In this rapidly evolving digital world, the Indian Government has launched initiatives such as the Kisan Suvidha application and the National Agriculture Market (NAM), which is a nod to the growth in the adoption of technology in the agricultural space in the country. Prime Minister Narendra Modi recently acknowledged the same by stating that “First green revolution took place at places with good water supply but second green revolution has to be powered by technology, modernisation”. While it is true that technology will lead the Indian agriculture towards its second revolution, it is also true that the traditional farmer is at ease with using global technology.
By leveraging the available technology, the farmer can not only grow a variety of crops, but can also do it at a less cost. Advanced technology can ensure that the farmer can control and monitor almost every process of agriculture through his mobile phone and computer. This eliminates the need for putting additional man-hours on the farm and a probable increase in the yield of the crop.
What we often forget is that our economy, population and the most important of all, survival, is dependent on agriculture. A decrease in the agricultural commodity produce directly has an effect on the country’s GDP. This shows how crucial agriculture is for the growth of our country. Then why is it that even in today’s technologically modern era, the farmer is still heavily dependent on traditional resources? Why does the farmer still face perils such as drought, less produce, debt and lack of quality inputs?
The grim reality is that the Indian agriculture is still vastly dependent on rainfall. The technological advances in India have somewhere not been able to keep up with the basic necessity of agriculture, water. The recently held India Water Week addressed the issue of India facing its second consecutive drought in two years. While the Indian government has decided to collaborate with the Israeli Government to utilise Israel’s water technology, the Indian government is also taking additional steps such as transporting water to drought ridden areas, plans to conduct cloud seeding, educating farmers on water conservation and so on.
Since there is a renewed revitalisation towards the Indian agriculture industry, more and more companies and start-ups are determined to help the famers and modernise the current agriculture sector. As Mahatma Gandhi had famously said, “to forget how to dig the earth and tend the soil is to forget ourselves.”