A normal rainfall, and as a result higher agricultural output, can boost India’s economic growth and keep inflation in check

The south-west monsoon arrived in Kerala on Tuesday, three days before it normally lands, in line with this year’s forecast. The monsoon accounts for over 70% of the country’s annual rainfall and has an enormous impact on the Indian economy.

Why is the monsoon critical for agriculture in India?

The south-west monsoon irrigates over half of India’s crop land. Its arrival marks the beginning of the cultivation of rain-fed kharif crops which are heavily dependent on the monsoon—the quantity of rainfall determines agricultural production. Early showers will help farmers start planting of major crops such as rice, soybeans, cotton and pulses. With farmers reeling under stress due to low crop prices, normal rainfall is expected to help revive the sector and alleviate rural distress.

How does it affect the Indian economy?

India is primarily an agrarian economy— agriculture contributes 15% of India’s gross domestic product (GDP). Past data has indicated positive correlation between actual rainfall and the growth rate of agriculture GDP. Normal rains will help the economy, which is showing signs of recovery after slowing last year due to demonetization and the lingering impact of GST imposition. It will not only boost agricultural production but increase consumer demand, which will help keep inflation in check.

What is IMD’s monsoon forecast for the year?

In its first long range forecast, IMD had said that rainfall will be 97% of the 50-year average with a 54% probability that rains will be normal to above-normal. 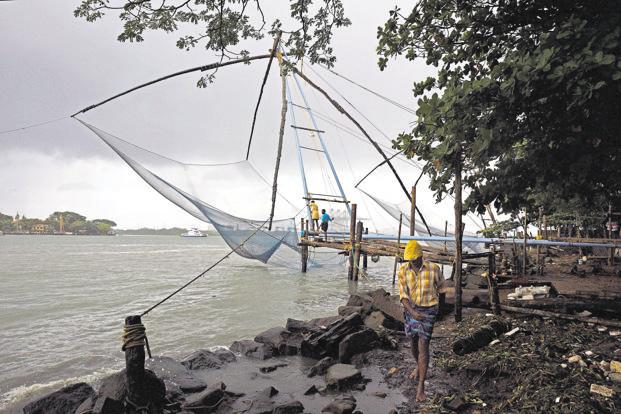 What about the regional and seasonal distribution of rainfall?

IMD’s second long-range forecast for seasonal rainfall over four broad geographical regions from June- September will be announced in the first week of June. The geographical distribution for the regions is critical, as it will determine the region-wise impact of monsoon on farm input. As per its normal course, the monsoon is expected to cover the entire country by 15 July.

How has the monsoon fared recently?

After facing droughts in 2014 and 2015, India’s monsoon prospects improved in 2016 when it received normal rainfall—97 % of the long-term average. However, last year, rainfall was again at near-normal levels—less than 95% of its long-period average. There was rain deficit in the last two months of last year’s monsoon. Rainfall between 96% and 104% of the long-term average is considered normal.