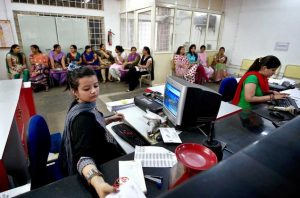 Women in India earn 18.8 per cent less than men, slightly higher than the global average, largely due to lack of high-paying job functions, says a report by Korn Ferry Hay Group.

17.6 per cent less earnings for women globally compared with men and the figure for India stands higher at 18.8 per cent.

3.5 per cent pay gap in India for similar job levels and functions.

The gender pay gap impacts companies almost identically across the globe. Firms are perhaps looking for a solution in the wrong places.

LACK OF WOMEN IN HIGH-PAYING INDUSTRIES

The number of women found in highest-paying industries is lacking. Furthermore, even in lower-paying sectors where women dominate — such as hospitality and tourism — men still hold vast majority in management.